What Trump Can Teach Marketers About Thought Leadership 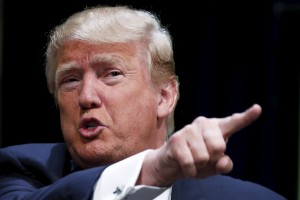 The snarky rejoinder: “You mean, at Trump University???”

OK, now we’ve gotten the cheap laugh out of the way, let’s see what we’ve got. The truth is that many aspects of The Donald’s presidential campaign are examples of what more marketers should be doing when it comes to thought leadership content. Love him or loathe him (fair disclosure: Trump fan I am not, right down to the hairstyle), that man can message.

So let’s run Trump’s campaign past our definition of thought leadership:

“Thought leadership means continually creating and communicating insightful and persuasive ideas that clearly distinguish [Company X] on the topics that matter most to its current and future offerings.”

But our affirmation of Trump’s thought leadership credentials doesn’t end with our definition. He’s the artful master of the deal, is he not? As such, he underscores the idea that premium thought leadership is the product of great negotiation: provocative ideas from business leaders that are shaped by savvy marketers and crafted by well-informed, experienced writers and editors.