Thought leadership content: why hire a writer when you need a story doctor? 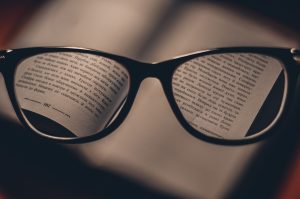 Is there a (story) doctor in the house? If not, there should be.

In our trade – the thought-leadership trade – those who want to publish their big ideas typically call on the services of a “writer.” They often do so because they just don’t have the time to write. Or they know that while they’re superb at communicating the ideas in person – to their client, say – they can’t quite express them in written form.

Bringing in a “writer” is often not what’s best. To do justice to the ideas in question, what’s needed is a “story doctor.”*

Story doctors for thought leadership content are like script doctors for movies or TV shows –they’re brought in to shape or polish specific aspects of the story (think Carrie Fisher – Princess Leia in the Star Wars series – who story-doctored The River Wild, Sister Act, and The Wedding Singer, among a host of other movies.)

So what will a story doctor do that a writer won’t? Any competent writer will be able to produce a passable first draft, working from a bullet-point outline or notes or slide deck. If the authors have put together a rough draft, that’s a plus; the writer can certainly enliven the word choices and sharpen the sentences and smooth the transitions. The resulting document will read well.

But a story doctor will do much more. They won’t just polish the prose. They’ll pressure-test the heck out of the story, asking a ton of tough questions about the central theme – what’s the big idea, why is it being put forward now, how is it different from what this competitor published three months ago?. Many of the questions may be unsettling to the authors. And that’s good.

Story doctors are by nature proactive. They will propose alternate ideas to support and strengthen the theme.

They will position it in more engaging ways for the intended audience. Plus, they will likely do loads of desk research, unearthing examples and data points to further reinforce the story.

Throughout, story doctors behave as thought-leadership collaborators, not as service providers.

Seen as such, they are brought in by savvy authors and marketing teams when the ideas are not yet fully formed – because their up-front contributions are prized. Story doctors are alert to and excited by the best expression of ideas, eager to swap suggestions with the authors, resolute in their recommendations, but respectful of their place and of the fact that the intellectual capital is the authors’, not theirs.

By contrast, writers are largely seen as suppliers, brought in after the ideas are pretty much set in stone. That’s a huge difference.

So as your author team gets ready to develop their next great idea, ask yourself who you want to help them. A writer who’ll certainly improve their prose? Or a story doctor who’ll do that too, but only after helping to make the authors’ core premise powerful, provocative, and distinctive?

If you want thought leadership that has real impact, there’s only one answer to that.

*Credit where credit is due: I didn’t coin the term “story doctor.” I owe the idea to two of my longtime editor colleagues. Colleagues: you know who you are – thanks for the idea!