Sorry, But That Really Is One Ugly Baby 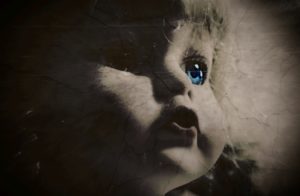 A while back, I had a call from one of our writers. He was worried that he was “going native” on a client project. He felt he was caving in to the author’s assertions despite his serious misgivings about the article’s weaknesses—issues he said he’d already flagged.

I didn’t have a great answer for our writer back then. But I do now.

Here’s what I say: go ahead and call that baby ugly. Do it soon, but don’t do it impulsively, or emotionally. Do it with a carefully articulated business argument for something better, reinforced if possible with robust examples of what great looks like.

Importantly, make your “ugly” call with backing from allies inside the client—the marketer, maybe, or a junior author who agrees that the story is several cents short of a dollar. Ideally, they’ll join you to become a small band of activists under the banner of editorial excellence. More likely, you’ll get their tacit support, which is still worth a lot.

OK, OK… I can hear writers everywhere muttering: “Get real!” or “I tried that once, and it didn’t go down well,” or “I don’t have time for that!” And maybe even, “Hey, they’re the client; my job is just to give them what they want.”

All very fair responses.  But if you don’t make that call, who will?

The authors aren’t going to have a road-to-Damascus moment about how lackluster their story is. The marketer isn’t likely to challenge them on its paucity of potency. You’re the one with the valuable outside perspective—and the experience of and judgment about what good looks like. And now you’re the one who’s almost as close to the story as the authors are. It’s your job to hold the mirror up to them.

So let’s assume that you just don’t feel the client’s story is strong enough. You’re faced with two questions: when to make that call, and how.

The “when” is easier than the “how.” Naturally, you don’t sound the alarm as soon as you review the authors’ outline or have the first interview with them. Of course you wait to see how open they are to your pressure-testing of their argument, how readily they acknowledge deficiencies in the story, how much trust they seem to place in you (probably an unknown player to them) as the story doctor who can help make things right.

But let’s say you’re now two solid drafts into the piece, and it still isn’t coming up roses. No fault of yours, by the way: you’ve pushed back hard, pointed out where the main weaknesses lie, heard the authors agree on the points you’ve made, structured and written it in the way you think it needs to go. Yet the authors still haven’t answered the big “what’s different” questions, or they’ve promised but failed to support their story with good examples and solid data. Or worse: they’ve rewritten your draft—and made it boring or commercial or put back in lots of the jargon you’d taken out.

Now is the time to call that baby ugly. Here’s how.

You can choose to e-mail or phone the lead author yourself; that can work as long as you have serious credibility with him or her. But I urge you to elevate the issue by enlisting your allies for a conference call – that savvy junior author or the marketer. (Hopefully, you’ll have made noises to them already.) When you present a unified front, and deliver a collective business argument for how the article or report should be, the lead dog may then realize it’s not just Joe Journalist doing his dilettante-writer thing.

But let’s say your elevated effort fails. The author wants it the way it is. He acknowledges it’s pretty much “me-too” content – ideas that aren’t much different from what’s already out there. At that point, it’s time to step back and snap off a salute. Have you caved? Strictly speaking, yes. But you’ve accomplished something important: you’ve shown that you stand for top-notch editorial quality – and that you’re ready, willing and able to fight for it.

Now is the time to reframe the relationship with that client. As I’ve mentioned in a previous blog, me-too content actually isn’t the end of the world. Having argued for better, you have far more credibility with which to push for it the next time. You’ll be much better positioned to ensure that the next baby has excellent genes.