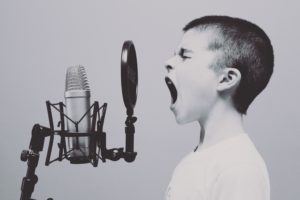 A week or so ago, I reposted a pointed critique of the term “thought leadership.” At first, I jumped on the writer’s bandwagon. Yes, I commented, the term is an “ugly, gawky expression freighted with all of the Orwellian baggage you describe.”

But then I, um, thought about it some more and realized I’d gotten ahead of myself. I’d become part of the howling mob.

Now I feel the need to defend the term and answer its critics. Crucially, I want to ask: what’s the better idea here? (I’m not the only defender: check out this interview in Harvard Business Review.)

Let’s break it down.

First of all, I stand by what I said about the term being ugly and gawky. It does sound pompous. It is overblown. It does reek of corporate-speak. But to refer to it as Orwellian is a stretch. “Thought leadership” isn’t synonymous with “Mind control.” It’s not “thought dictatorship.” Just as true leadership is earned – mostly by repeated and consistent actions – so true thought leadership is earned, over many original and well-argued viewpoints that get attention.

Besides, the roots of the term go pretty deep. In 1876, essayist and poet Ralph Waldo Emerson was said to manifest “the wizard power of a thought-leader.” And in the past decade, and especially as thought leadership’s branches have been grafted onto marketing messages, the term has drawn a chorus of critics – from Forbes journalists to New York Times columnist David Brooks, a thought leader in anybody’s book.

So what exactly does it all mean? Here’s how Wikipedia defines “thought leader”: “An individual or firm that is recognized as an authority in a specialized field and whose expertise is sought and often rewarded.” And here’s how we at Ergo Editorial define “thought leadership”: “Thought leadership means continually creating and communicating insightful and persuasive ideas that clearly distinguish [Company X] on the topics that matter most to its current and future offerings.”

We’re a business-to-business organization, so business is the lens through which we view and define the term. But that definition could apply just as readily to universities and non-profits and foundations if the word “offerings” was replaced with something like “positioning” or “reputation.”

So I think we’re starting to see why the term has had such staying power. It starts to make sense. It is about thought – about ideas. Not just any ideas, but good ideas, new, fresh, stimulating, action-inspiring ideas. Besides, if the expression is so awful, how come it hasn’t been replaced or even modified in a generation?

Which raises that niggling question: what is the critics’ better idea? Better, always, to propose and not just oppose.

Let’s brainstorm a bit about what might replace the term. “Concept curation?”  Nah – even more self-important; too slick, too modish. “Ideamongering?”  Smells like fish. “Creovation?”  Whoa there. (See “Concept curation.”) “Ideation?” Not quite: it’s closer to the “thought” than the “leadership” – the process of giving birth to ideas as distinct from the defending and supporting and communicating of them.

Anyone out there got better ideas? Seriously: let’s have this be a discussion – a virtual whiteboard to come up with a more fitting and less bumptious term.

Bring on those ideas, O Weary Wordsmiths. I’m all ears. Until then, my friends, I’m sticking with the union of “thought” and “leadership.”