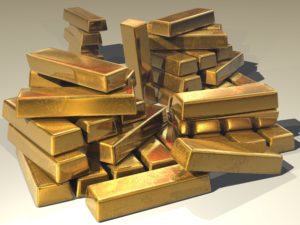 Recently I shared a rough guide for how long it takes to develop thought leadership content – and thus how much it costs. I said I’d follow up with a look at what often makes content cost more than it should.

There’s no one single reason for ballooning costs of content, of course. Yes, one root cause can have an outsized impact, but it’s more common to see several factors converging to inflate the invoice. Let’s break down five of the usual suspects, in no particular order:

Cost control: Bake-bake-bake that story idea before engaging a writer. The authors must have discussed the article in detail, nailing down why they want to write it, who exactly they’re trying to influence, what their argument is (explainable to a 12-year-old), how it stands apart from what the competition has already written about, and what data and examples support their argument. Same criteria apply if there’s just one author. Ideally this process includes some thought as to who will be reviewing and approving the article; anticipating their feedback can help authors see their blind spots in advance.

2. Too many cooks in the kitchen (part 1) Imagine you’re on a conference call, listening to a roomful of big brains debating the topic of a potential white paper or report. Imagine the clock running out on the hour-long call with no decision about what to write about, or how. (I’ve been on a call where more than a dozen honchos argued about a topic and got nowhere.) It’s hard to think of anything more wasteful of everyone’s time. Marketers who’ve invited writers to such calls are just blowing money away. It happens…

Cost control: Push back on impatient authors who ask for a kick-off call with a writer before they’ve got their ducks in a row. Develop a checklist for what that looks like in practice (see “Unbaked” point above) and use it regularly until it becomes the threshold that all authors recognize and respect.

3. Too many cooks in the kitchen (part 2) The article is far along – third or fourth draft – but authors are providing their feedback separately. Before the hapless writer can even think about the next draft, she has to chase one author who hasn’t yet replied. Then she must reconcile varying inputs, trying to distinguish the “must change” stuff from the “nice to change.” Worse: one author responds without using track-changes mode (so the writer can’t easily see what’s changed) while another scribbles barely legible notes in the margin of a hard copy. Upshot: the writer spends many more hours than necessary working through the feedback.

4. Make way for Mystery Partner X. There are more than a few projects where X weighs in at or near final draft – and wades in with both feet. X has had little or nothing to do with the project up to now, but if he doesn’t get to review the piece, the authors fear trouble. X then takes it upon himself to query all sorts of things – in worst cases, even questioning the core premise of the article. What’s next? More calls, more discussions, more drafts… more time… more cost.

Cost control: Ensure that X is integral to development of the piece from Day One. Ideally, X should be on the kick-off call with the writer – and at least an approver of the authors’ theme before any writing begins.

5. Little or no process governance. Strategic content projects should move in a straight line – like a production line. We wish! A while back, I was the writer on a large report that went all the way to final draft and then through copy-editing – only to have big chunks substantially reworked when a senior author changed his mind about some points. The rework, requiring writer’s time, editor’s time, marketer’s time, likely cost thousands of dollars – not counting the senior partner’s time or the opportunity costs of the publishing delays.

Cost control: Put in place stages at which content is “frozen” – cannot be changed. That’s how it works in the production of newspapers and magazines. It’s not hard to do. It’s a process discipline that must be communicated to authors early and often.

So there you have it: a five-part blueprint for wasting money. But something tells me your organization doesn’t have money to burn. You now know what to do.